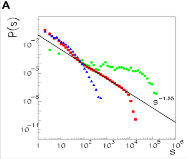 Framework.Our initiative, Biological Theoretical Physics, is working to model and discover emergent properties of biological systems, encompassing molecular factors, genomes, cells and organs, whose theoretical description is only possible at the system level, by using innovative methods and ideas coming from theoretical physics. This is a novel, key research area in physics, triggered by the development of new quantitative, high-throughput experiments in molecular biology, where relevant, original results are expected to ground the understanding of the functioning of life on the fundamental principles of physics. Our project is positioned in such a strategic, internationally growing scientific field and aims at supporting the national research community on biological theoretical physics within the INFN. It includes eight different local teams working in close collaborations with each other and with a number of experimental molecular biology labs worldwide.

Objectives. Our project aims at understanding the emergent properties of biological matter at the system-level by using quantitative methods of theoretical physics. Building on our recent successful activities (e.g., a dozen papers published in the Science and Nature families in just the past three years), our goal is to develop physics theories and predictive, testable models to describe the properties of the mentioned systems by using methods and concepts from statistical mechanics and field theory, supported by advanced computer simulations. We focus, in particular, on the investigation of the structure and function of biopolymers such as proteins, DNA and RNA, and on the description of the states of single-cells and their collective behaviors in health and disease. The applications of our work range from the understanding of intrinsically disordered proteins and their way of action, to the processes that control gene activity and drive pathologies such as cancer and congenital disorders, to the physical and molecular mechanisms whereby our genome self-organize in a complex functional structure, to the homeostatic effectors of cell growth and cycle, to the collective dynamics of cell systems, such as the brain, up to the development of innovative methods of data exploration in the growing field of physics inspired computational and Machine Learning approaches. Our results can have important implications in academic research, industry and biomedicine alike, for instance, for Personalized Medicine.

In particular the goals of the Salerno research unit inside BioPhys is the study of critical phenomena [1] and departure from criticality in neural systems. We will focus on the role of synaptic connections topology and stocasticity in the transition from a critical state with up-down alternation to a super-critical or subcritical regime [2]. Among the models of neural networks, an important role is played by the Wilson & Cowan model, that describes separately the d ynamics of interacting sub-populations of excitatory and inhibitory neurons. Different versions of the model exist, some of which include stochasticity , a characteristic that can be seen as a thermic noise of the network, and that displays interesting phenomena. One important collective phenomenon is the emergence of patterns of oscillations [3], that emerge as a collective effect of the network, given that the single units (neurons) are not themselves oscillators.

Recently it was shown that noise is able to amplify the oscillations in a neuromorphic network connected as a linear directed chain, whose units are simple models of excitatory and inhibitory neurons interacting in a way analogous to the Wilson & Cowan model. We will study how this oscillatory regime interplays with the critical regime, where scale-free avalanches are observed. We will in particular extend to this framework the study that we have carried in the last years, in which the special role of the synaptic plasticity and memory is explored in relation to the behavior of the network. Our objective is to use a physical picture to understand the origin and the mechanism leading to the peculiar dynamical behavior of neural systems, such as scaling relations, criticality and memory.

When connections are more complex, the numerical analysis can be perfomed with different approaches, as for example the Gillespie method [5] to simulate systems where the transition rates are known, or simulating the dynamics by means of Langevin equations, for example with the Euler a lgorithm [6].

The list of local group (the ones associated to INFN):

List of most significant publication of last 5 years of the Salerno Unit: